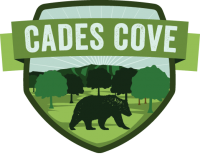 Home » Who We Are » History

Known by the Cherokee as Tsiyahi, meaning “place of the river otter,” Cades Cove is a lush, isolated area surrounded by 4000 foot mountains. It is a place of natural abundance that has attracted people for more than 11,000 years. The current name honors Cherokee Chief Kade who inhabited the Cove and traded with some of the early settlers in nearby Tuckaleechee Cove. Its human stories are a fascinating patchwork of natives, settlers, miners and preservationists. With its natural, beautiful setting and artfully-preserved historic structures, artifacts and stories, Cades Cove is considered one of the finest places in the entire national park system to enjoy nature and human history together. A trip around the Cades Cove loop allows visitors to trace the footsteps of the Appalachian settlers who staked out this unique community and lived fiercely creative and independent lives in the mountains for 115 years.